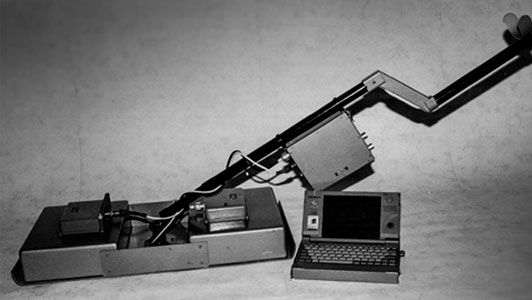 The history of the Geotech Group of Companies goes back to 1989 when the leading designers of the V.V. Tikhomirov Scientific Research Institute of Instrument Design (NIIP) (Zhukovsky) within the defense industry conversion were reoriented to development and manufacture of advanced geophysical equipment on the basis of the accumulated scientific and technical potential. In 1992 on the basis of NIIP the management and the key staff of the Institute founded the LOGIS Company (Ramenskoye, Moscow region) which commenced series production of georadars (GPR) and seismic equipment while keeping the development of explosives’ detectors.
Active development of the LOGIS Company and expansion of its activity resulted in opening of a new direction – engineering surveys with geophysical equipment system. The company was transformed into the Geotech Group of Companies which enveloped the Scientific and Production Center of GPR Technologies (GEOTECH Company).
GEOTECH works not only for promotion of geophysical equipment, but it also develops and practices new techniques of engineering surveys as well as performs integrated geophysical surveys for sectors of the national economy.
During the last years the significance of geophysical surveys in various sectors of economy has been steadily growing. To date the devices and services of the Geotech Group of Companies are widely popular in railways, roadways, oil and gas industry, construction activity and many other sectors.