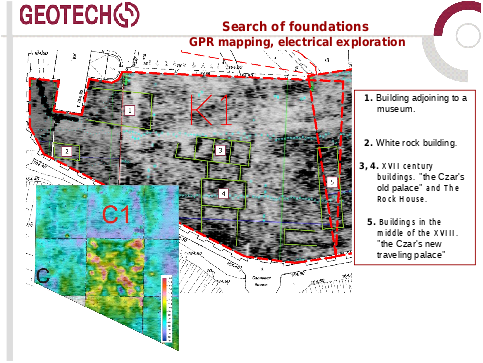 The excavation method traditionally used in archeology in most cases leads to the destruction of the archaeological site. For archaeologists, remote sensing methods are preferable. They do not require direct contact with the object under study but allow obtaining the necessary information about it. In certain cases, this information allows, in particular, making a decision on the conservation of an archaeological site until the time when more gentle methods of studying archaeological sites will be developed. GPR, which is currently developing, can become one of such methods. This method has several advantages over the traditionally used excavation and shovel test. The advantages are as follows:
– high productivity;
– lower cost;
– the method belongs to the category of non-destructive;
The GPR method allows detecting both local (Fig. 1) and area objects.

The high sensitivity of the GPR method makes it possible to detect, in addition to objects and structures, old roads, paths, parking lots, reclamation sites, and similar objects caused by changes in the density properties of the soil (2). 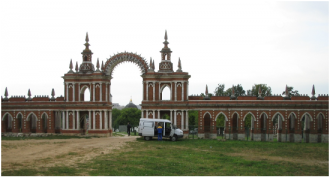 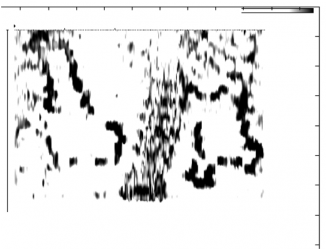 Fig. 2 Images of buried foundations of gazebos and paths obtained from the results of the areal GPR survey (250 MHz antenna. State Museum-Reserve “Tsaritsino”).

When carrying out archaeological research, an areal survey of the territory, which allows specialists to quickly obtain preliminary information about the structure of the object under study (Fig. 3), acquires great importance. 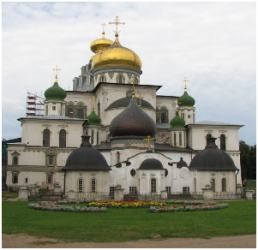 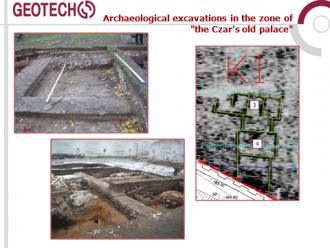 Fig. 3 The Resurrection Monastery (New Jerusalem Monastery). Fragment of a horizontal section at a depth of 0.7 m (K1) with highlighted building elements and the results of archaeological excavations.

About 25 types of antenna units with single-frequency and dual-frequency ranges can be proposed for performing archaeological research. The choice of antennas is made depending on the task at hand. Let’s look at a few examples:

1. Reconnaissance survey of the area of the alleged archaeological site.

The efficiency of the areal survey plays a primary role for this task. In this case, antennas which allow their attachment and movement on a vehicle, providing high survey performance (Fig. 4), can be offered for use.

2. A detailed survey of the archaeological site. 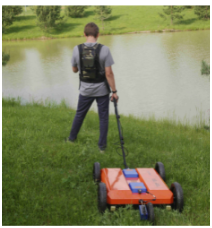 GEOСART 2D is equipped with a number of technical means that greatly facilitate and speed up the area survey on the ground. The geolocation block allows recording not only the distance traveled but also the angle of rotation of the trolley during the survey. This makes it possible to proceed to the formation of a three-dimensional model of the studied area immediately after the survey. In addition, the geolocation block allows taking data on an arbitrary trajectory, and not along a system of parallel profiles, which greatly facilitates the operator’s work and is extremely important for GPR surveying of complex areas. The video recorder is tied to video tags, which simplifies and accelerates the data processing, and also allows linking the position of detected objects in the ground to real objects on the surface. The satellite positioning system binds the captured data to specific coordinates (latitude, longitude). The CartScan software used in the GPR complex quickly visualizes the captured data, obtains a reliable 3D model, and also makes its horizontal slices, which is crucial when it is necessary to select extended objects at a certain depth. Information about the found objects is displayed on a digital Google Earth image.

In the study of an archaeological site, the construction of a three-dimensional model is of great interest. GPR technology of areal survey does not allow building a full-fledged three-dimensional model of the environment, since the lower parts of volumetric objects, as a rule, are not displayed. Therefore, only a pseudo-three-dimensional model is available. Well, cross-well surveys can, in part, rectify the situation. Using the directional characteristics of the AB-700 MHz antenna of the borehole GPR allows scanning the near-wellbore space at a fixed depth (Fig. 6).

Fig. 6 Example of a wooden pile detection when scanning the near-wellbore space

The combined use of surface surveying and borehole methods will allow a more detailed study of local objects and build a full-fledged three-dimensional model of an archaeological object.
When conducting areal GPR surveys, methods of processing the resulting images are of great importance. These methods are used to clear images from rather specific interference and obtain clearer contours of the object (Fig. 7). 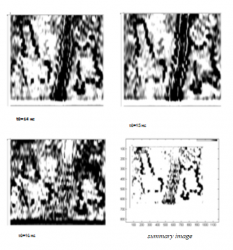 Fig. 7 Application of methods of integer arithmetic to obtain an image of an archaeological site.

In addition to GPR, archaeologists use several other geophysical methods: electrical resistivity imaging (ERI), magnetometry, and electromagnetic induction (EM or EMI). An example of the combined application of GPR and electrical exploration using the median gradient method is shown in Fig. 8.

Fig. 8 Application of a complex of GPR and electrical exploration by the method of a median gradient in the study on the territory of the Resurrection Monastery (New Jerusalem Monastery).

Ph.D. in Physical and Mathematical Sciences

We are glad to share news from the fields - another Geotech development has expanded the OKO line of GPR. We are talking about the new OKO-3 GPR with the...